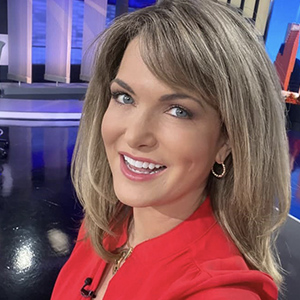 Emmy Award-winning Melissa Wilson is an anchor for FOX 26 Morning News weekdays. Then, she loves to head out to the Texas Medical Center and throw on comfy scrubs and follow doctors and patients through procedures, as medical reporter for FOX 26. Melissa co-anchored FOX 26 News at 9 p.m. for ten years, as part of the longest running anchor team at FOX 26.

A Texas native, Melissa received her Bachelor of Arts in Telecommunications from Baylor University. She began her career as the evening anchor at KAUZ-TV in Wichita Falls and then went on to anchor at Florida’s News Channel. Houston Woman Magazine named Melissa one of the “Top 50 Most Influential Women in Houston”.

Melissa is also heavily involved in her children’s activities. She serves as the Co-Den Leader with her husband for their son’s Cub Scouts troop. They stay busy taking care of the family pets, including: a puppy, two cats, a leopard gecko, a turtle, fire belly toads, hermit crabs, a hamster, and many fish. She also enjoys capturing special moments with her family and career through scrapbooking. Gardening is also one of her favorite ways to spend time.